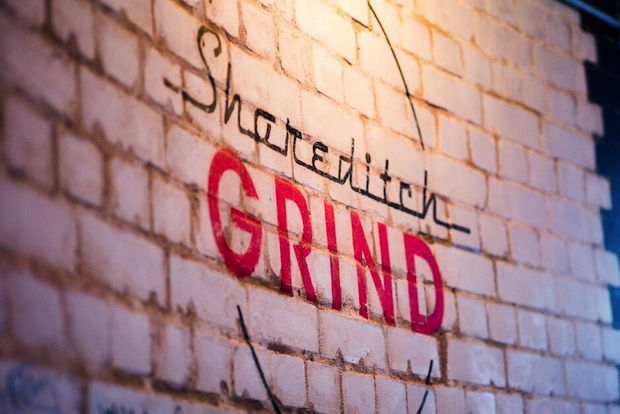 Back in 2011, Londoner David Abrahamovitch and Melbourne DJ, Kaz James decided that Shoreditch needed to experience the delicious taste of coffee that Kaz recalled from back in Australia. It was in David’s father’s empty cylindrical space on Old Street roundabout that they opened up their first coffee shop aptly named Shoreditch Grind. Serving up unparalleled coffee, cocktails and snacks, this space is now one of the most popular in East London. The brand went from strength to strength, opening up three more London shops and launching a brief pop-up store in Piccadilly Circus tube station. Now they are about to embark on their greatest challenge yet.

Their idea will see the brand opening up their very own roastery in East London alongside a new venue. To raise the funds of £1.5 million, they set up a crowdfund asking people to invest a minimum of £500. Each investment will see an 8% annual fixed return with added bonuses such as free coffee and cocktails getting bigger and better the deeper you dig into your pocket. We chatted to co-founder David to hear about how far The Grind has come and what’s next in store.

With an abundance of small independent coffee shops popping up all around London, it is becoming increasingly difficult to stand out from the crowds. More and more brands are finding new ways of creating a ‘coffee shop experience,’ such as Pret, one of the biggest coffee shop franchises in the city who have recently announced they will be opening up a Pret restaurant.
The Grind aims to offer more to their customers; “All of the Grind’s locations are also cocktail bars by night and our Shoreditch and London Bridge sites are also part restaurant – serving an extensive food menu. We also have a recording studio in Shoreditch Grind! In the near future we’ll be setting up a one-of-a-kind Grind that’s not only a coffee shop / bar / restaurant but also a roastery, bakery, and central kitchen all in one. It’ll be the new home for the brand! In addition to this, we’re going to open a few more Grind’s in London. 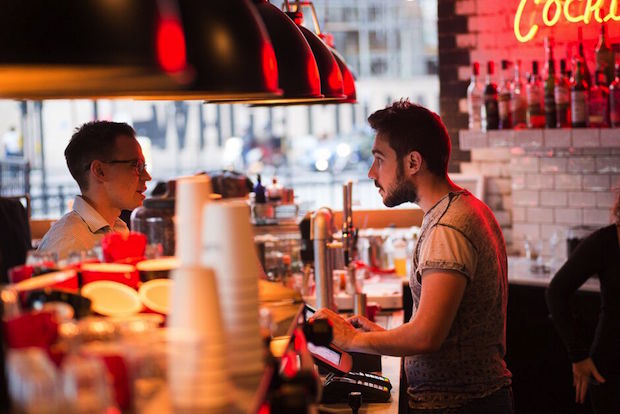 The location of a coffee shop can determine whether a brand is successful or not. Matching footfall numbers to the type of customer you wish to reach is a difficult feat but when done successfully, you will see people popping in not just from word of mouth, but because you’re space caught their eye on their commute. The Grind have opened up coffee shops in four locations, Shoreditch, Soho, Holborn and London Bridge. David tells us, “Location location location…. Location is everything. We’ll only ever open a Grind somewhere we actually want to be – otherwise what’s the point!?”

Opening up a pop-up can be a cost-effective way to trial products and ideas on the public. It is also a great way of determining who your customer base is and what they are expecting from a coffee shop. David opened up the Grind’s first pop-up in Piccadilly back when the Grind was starting up; “It never made sense to me that you have these beautiful old tube stations with a huge footfall in incredible Central London locations where property above ground is amongst the most expensive in the world, and yet you have these low quality operators like newsagents and dry cleaners underground and nothing else. We figured it was time for something a bit better! We learned a huge amount – that we can successfully pop up in spaces for short periods of time, that our model is highly transferable, and also we probably over-spent on our fit out for Piccadilly Grind – fitting it out like a permanent site – I’d take a more pop-up approach next time… 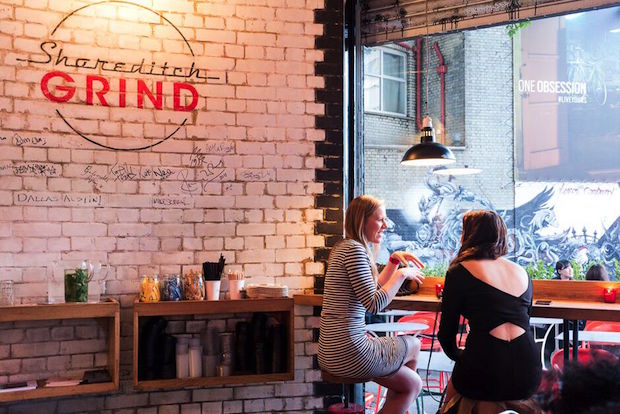 Crowdfunding is a great way of expanding your business.

If your ideas are bigger than your bank balance then Crowdfunding is a tried and tested way of raising funds. When customers believe in your concept, they are more likely to want to invest and help you reach your goals creating a community feel to your fundraising campaign.Most recently, the Grind have used crowdfunding to raise money over the traditional way of taking out a bank loan. “I love tech,” David told us, “and I love anything new or disruptive – and Crowdfunding really fits that bill. Also, we’ve got to where we are today with the support of our customers, so it makes sense to me to go back to them and let them also benefit from our growth. It just seems like such a nice way to raise money, and really get the power of the crowd behind you! I think it’s amazing!”

…but if you want people to invest, you have to spread the message to as many customers as possible. The Grind’s campaign was a real success as they exceeded their original target of £750,000. David attributted this to, “a real mix of old and new style marketing – We had a traditional advertising campaign with Billboards in stations across London, which was a first for us, and lots of physical in store marketing like posters, stickers on the cups etc. We also had a big digital part of the campaign – obviously we have the video which you can view at grindbond.com and we used our extensive social media reach, and our loyalty card holders to also push the bond.” 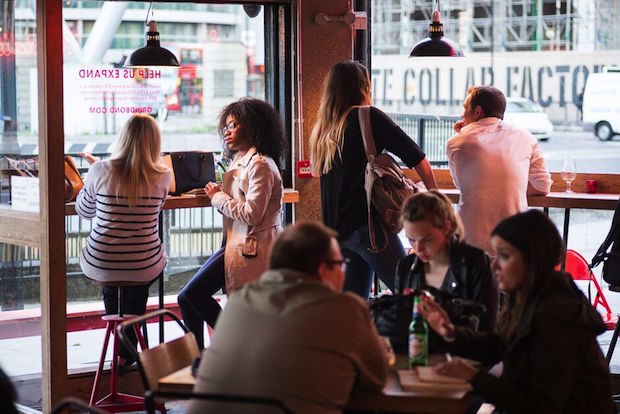 Crowdfunding is growing in popularity

“It’s not for everyone,” David told us, “ it’s an intense and very public progress – but it’s been fantastic for us. I think Crowdfunding is something that will go from niche to mainstream in the next 5 years – very soon it won’t seem like anything new or novel.”

Soon Crowdfunding may be the normal way in which brands raise funds to expand their business. Now is a great time to test the waters and see if it can benefit your brand whilst it is still novelty. If you can create a successful campaign now, customers will be more likely to jump on board in the future when your ideas are much bigger. It is important to gain the trust of investors in these early stages so you have a community of support further down the line.

You can read the original published article here.

The Chinese photographers causing a stir in 2016- Huck Magazine

The Tinderbox at the Charing Cross Theatre- The Upcoming